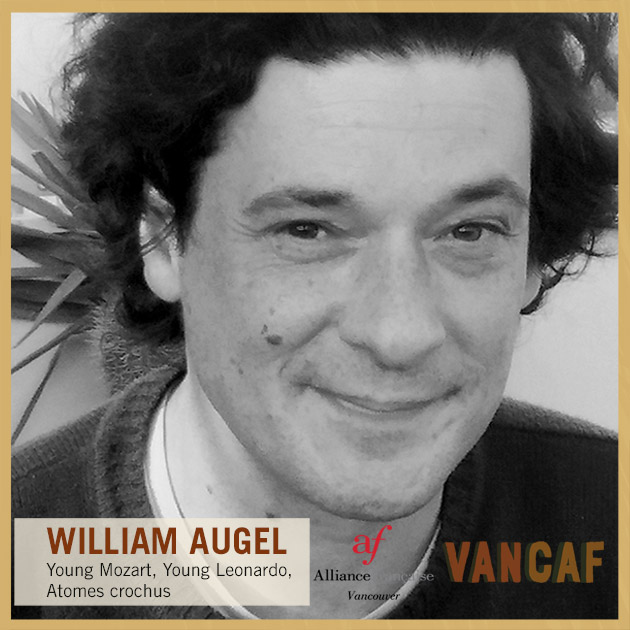 William Augel was born in 1973 in Le Mans (France). A cartoonist and independent illustrator, he wrote several books oriented toward a broad audience, and works regularly for magazines such as La Salamandre, Le Petit Léonard and Sciences Ouest. His work addresses topics such as humour, biography, popular science, and ecology. In 2011, he published Atomes Crochus and, in 2012, he published Monstrueuse Cathy. In 2016, he released Zoostrip and Pinard mon nectar and the following year, Young Mozart (Le Petit Mozart)with La Boîte à bulles. Since then, he has created his own series, published in French and English, in cooperation with La Boîte à bulles and the American-based publishing house Humanoids, dedicated to the youth of important figures in arts and science: Le Petit Léonard de Vinci was released in 2020, and Little Agatha Christie in 2021. Currently, he is working on Little Katherine Johnson, which will address the youth of the famous mathematician (to be published in 2022). This series will be translated into Polish and Chinese.