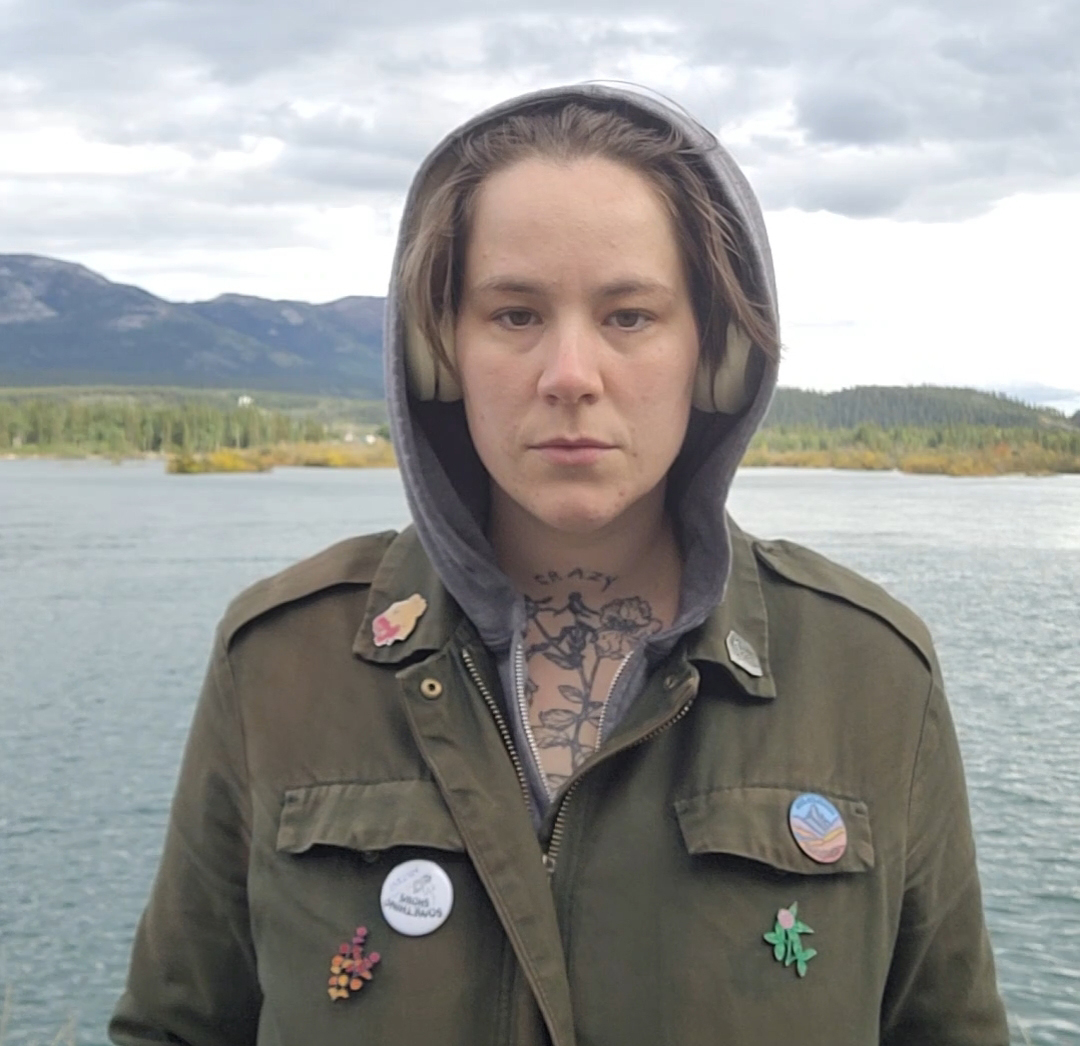 Kim Edgar is an award-winning comic artist living on Tr’ondek Hwech’in land in Dawson City, Yukon, Canada. Kim’s work reflects on experiences of both the medical system and the ennui that comes with being sick with no end, as well as the sacred nature of thresholds, and how those who cross or occupy these liminal spaces (such as trans and disabled people) hold a special kind of knowledge. Kim holds a Broken Pencil Zine Award for best comic for their comic The Purpose (2019), and has been nominated for two Doug Wright Awards (2021) for their comic The Space in Between (2020). Kim is also the recipient of grants from Cue (2018), Canada Council (2019 and 2021), On Yukon Time (2020), Culture Quest (2020 and 2021), and the Yukon Advanced Artist Award (2020). In spring 2022, Kim is releasing a short comic called Sasha Strong with Conundrum Press.

Hecate Press: Kim also started Hecate Press in 2020, a comics micro-press dedicated to supporting northern comic artists and growing the comics scene in the territories. The press started with a northern comics anthology called The Northern Gaze (2021), which subsequently also won a Broken Pencil Zine Award for Best Comic (2021). In May 2022, Hecate Press is releasing a series of 6 mini-comics, each by a different northern artist. The press commissioned each artist to do a 12 page story on whatever topic they wanted in order to showcase their skills, and each story was made into its own book.